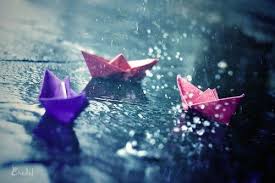 Are coincidences in our life are a part of our destiny and if everything is written as we say ‘maktub’, then what is the point in following our dreams? (by Saakshi)

There’s a traditional story that in my view sums up quite well the answer to your question:
There was an old man who had a dream one night that he would be protected from a ravaging storm that would engulf his whole village.

The next day, as expected, a terrible storm came to his region. The first day a neighbor of his offered help for him to flee – help that he denied since he was sure God was going to help him.
The second day, when he had to take refuge in the second floor of his house given that the waters had taken over all of the first floor, a rescue team came to his house and offered him to get out of there – help that he again refused given that God had promised him to get out of there.
The third day came a helicopter to rescue him but he was adamant that God was going to save him.
Not long after he drowned and died. Once in heaven he complained to God: “why didn’t you help me as you promised?”
To which God replied: ” I sent your neighbor, a rescue squad and even a helicopter to which you simply declined!”

You see Saakshi: things are written, but you need to be attentive to the signs that constantly try to remind you that life wishes you to be “saved”. And salvation is the path that leads you to your dream, your fulfillment in this life.