10 SEC READING: Here where I am 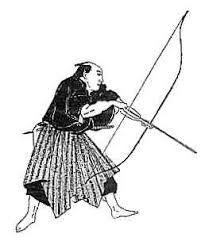 After having won many archery contests, the town champion went to the Zen master.

– I am the best of all – he said. – I didn’t study religion, never sought help from the monks, and succeeded in becoming the finest archer in the whole region. I heard that, for a time, you were the best archer in the region, and ask you: was it necessary to become a monk in order to learn to shoot?

– No – replied the Zen master.

But the champion was not satisfied: he took an arrow, placed it in the bow, fired it and hit a cherry which was very far away. Smiling, as if to say: "you might have saved your time, devoting yourself only to technique." And he said:

– I doubt whether you could do that.

Without looking in the least bit worried, the master went inside, fetched his bow, and began to walk towards a nearby mountain.
On the way, there was an abyss which could only be crossed by an old bridge made of rotting rope, and which was almost collapsing.
The Zen master went to the middle of the bridge, took his bow and placed an arrow in it, then aimed at a tree on the far side of the precipice, and hit his target.

– Now it is your turn – he kindly told the young man, as he returned to firm ground.

Terrified as he gazed down at the abyss below his feet, the young man went to the spot and fired, but his arrow veered wide of the mark.

– That is why the discipline of meditation was worthwhile – concluded the master, when the young man returned to him.

“You may have great skill with the instrument you choose for your livelihood, but it us useless, if you cannot command the mind which uses that instrument.”