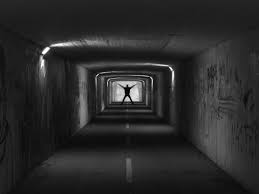 “I saw only a tunnel, with a man pointing a gun at me and telling me to get out of the car.”

I saw a tunnel too, except this one led to a hotel in Rio de Janeiro, the Glória Hotel. I looked at that hotel, expected the worst and thought to myself: “it’s not fair, I’m only 26 years old!” Fair or not, in the early morning of 27 May 1974 I stood before death and could not see what was happening beside me. Just the tunnel and the hotel. But my story does not matter, it serves only to say that I understand perfectly well what Sorin is telling me in a bar lost in the middle of the Carpatian Mountains.

Sorin Miscoci’s calvary began on 28 March 2005, near Baghdad. He had been designated to spend a week there at the request of a Rumanian TV station and ended up being kidnapped for 55 days.
“Later on, when they freed me, the American security agents asked me how many people were there. And I told them: one. They laughed and said that just wasn’t possible. It was the psychologist who helped me, explaining that in situations like this, nothing in the surroundings has any importance. All you see is the focus of the crisis, what is threatening you, and you simply forget the rest.

Sorin has just got married to Andrea, who strokes his hand. We have been traveling together for three days and we will continue for another week. Cristina Topescu, an old friend who worked as a journalist in the same TV as Sorin, says that when the time came to mobilize the country, few colleagues came forward to speak to the President of the Republic, for fear of losing their jobs.

“I asked God for only one thing: to die with a bullet in the heart. I had already seen videos of prisoners being decapitated; I asked, begged to be shot,” adds Sorin.
Andrea gives him a kiss. He smiles, asks if I want to stay in that restaurant or if we should go to the only karaoke in Sibiu. I prefer to interrupt the conversation at that point – it was better to go and sing together.

On the way to the discotheque, I think about the black tunnel: without wanting to romanticize a dramatic situation, I felt that this happens to everyone. When we are faced with something that really threatens us, it is impossible to look around, although this is the correct and safer procedure. We can’t see clearly, use logic, gather information that can help us and those who try to get us out of that situation.

We reach the karaoke, drink some more, sing Elvis, Madonna and Ray Charles. Ours is an interesting group: Lacrima, who was abandoned by her mother when she was only two months old. Leonardo, who has just got over a depression that lasted two years. Cristina Topescu, who recently overcame difficult moments. Sorin and his 55 days in captivity, and Andrea, who almost lost the person she loved. And me, with scars all over my body and soul.

And even so we drank, sang and celebrated life. To have friends like these gives me more than hope, it makes me understand that the true survivors will never be victims to their torturers, because they manage to keep alive the most important thing in human beings: joy.