Character of the week: Santa Claus 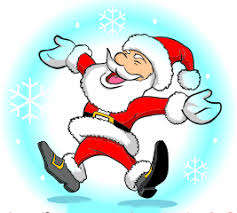 One of the problems we have in this world is that too many adults believe in Santa Claus, and too many children don’t
Lee Lauer

A critic is a man who found out when he was about ten that there wasn’t any Santa Claus, and he’s still upset.
James Gould Cozzens

Santa Claus has the right idea: visit people once a year
Victor Borge

I stopped believing in Santa Claus when I was six. Mother took me to see him in a department store and he asked for my autograph.
Shirley Temple

Alas! How dreary would be the world if there was no Santa Claus! There would be no childlike faith then, no poetry, no romance to make tolerable this existence.
Francis P. Church

Santa Claus is anyone who loves another and seeks to make them happy; who gives himself by thought or word or deed in every gift that he bestows.
Edwin Osgood Grover

Let me see if I’ve got this Santa business straight. You say he wears a beard, has no discernible source of income and flies to cities all over the world under cover of darkness? You sure this guy isn’t laundering illegal drug money?
Tom Armstrong